#TravelTuesday - Travel the World From Home

Escape with CAA Travel – while practicing safe social-distancing! Every week, we’re taking Members around the world from the comfort of their home. We'll canoe along Canada's many rivers and explore exotic destinations, like the Galápagos Islands. Sit back and experience it all, in this weekly series of at-home adventures.

Where We'll Be Travelling Today! 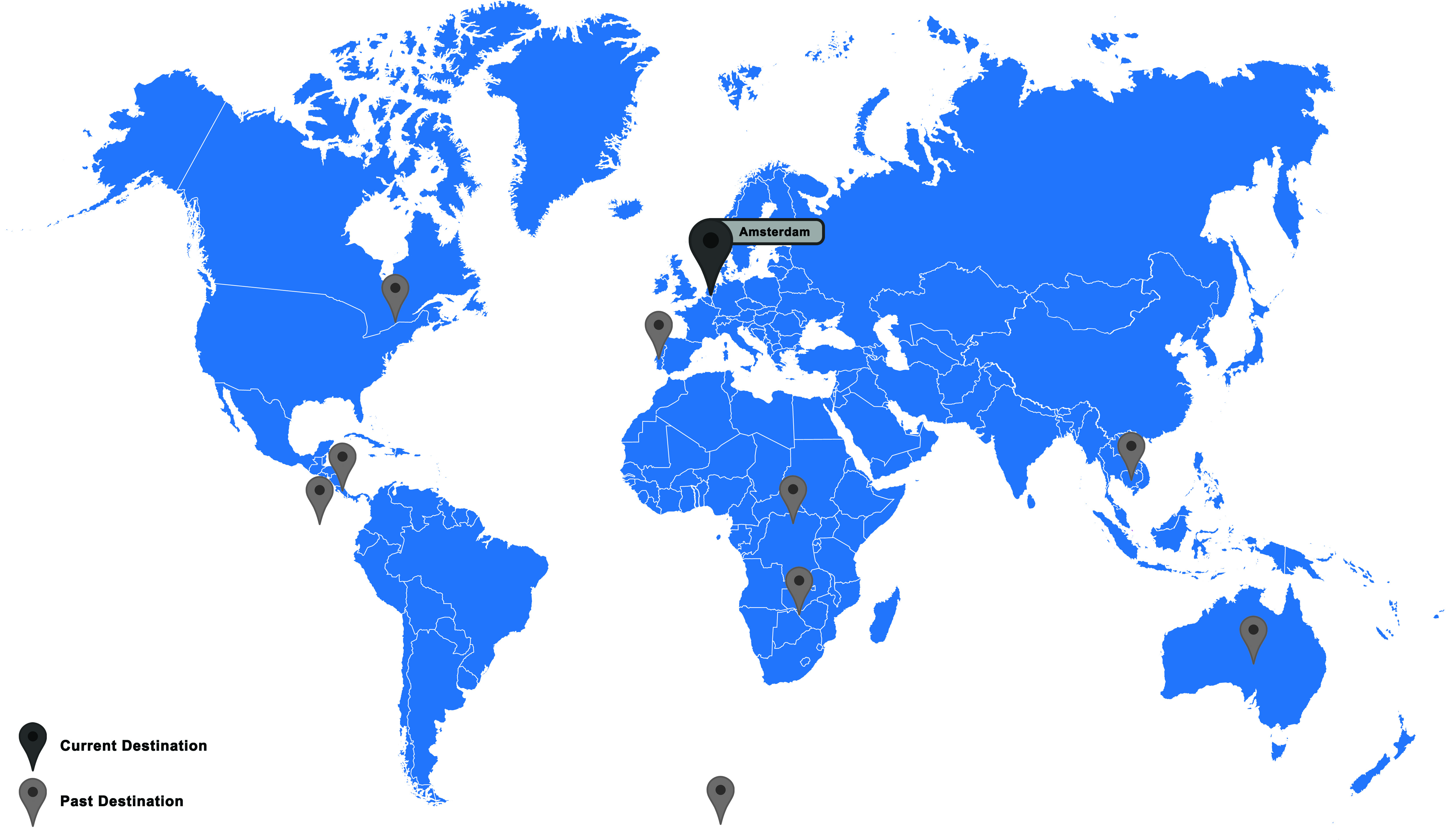 Test Your Travel Knowledge Every Thursday with CAA

Test your travel knowledge with weekly trivia offered by CAA Travel! Connect with us on Facebook to answer every week for your chance to win 25 CAA Dollars® and ultimate bragging rights!* To be entered to win, you must like us and participate on Facebook.

Question: Which river can travellers sail on an AmaWaterways river cruise?
A) Mekong
B) Rhine
C) Chobe
D) All of the above
Answer: answer announced on July 16, 2020

Question: Where in the world can you find the jaw-dropping Devil's Bridge, famous for its perfect circle reflection?
A) Austria
B) Germany
C) Poland
D) The Czech Republic
Answer: B) This instagramable spot is a hidden gem of Germany!

Question: Which local Ontario attractions can Members save at using their CAA card?
A) Escape Bicycle Tours & Rentals in Ottawa
B) Ripley's Aquarium of Canada in Toronto
C) Bird Kingdom in Niagara Falls
D) All of the above
Answer: D) All of the above!

Question: Where is the world’s oldest operating amusement park?
A) Sweden
B) USA
C) Japan
D) Denmark
Answer: D) Denmark! Bakken (The Hill) is an amusement park in Klampenborg, Denmark that opened in 1583!

Question: Which cruise line owns their own private island in the Caribbean? Can you name the island?
A) Holland America Line
B) Royal Caribbean Cruises
C) Norwegian Cruise Line
D) All of the Above
Answer: D) All of the above! All three cruise lines own private islands in the Caribbean. Holland America Line owns Half Moon Cay, Royal Caribbean Cruises owns CocoCay, and Norwegian Cruise Line owns Great Stirrup Cay.

Question: Which country has the longest coastline?
A) Australia
B) Canada
C) Russia
D) Norway
Answer: B) Canada – Canada’s coastline spans over 200,000km! Norway has the second longest coastline, spanning just over 58,000km.

Question: Which country in Africa is the most visited by travellers?
A) South Africa
B) Morocco
C) Egypt
D) Madagascar
Answer: B) Morocco – Morocco receives around 10 million visitors every year.

Question: Easter Island is famous for its monumental statues. How many statues are on the island?
A) 746
B) 682
C) 887
D) 516
Answer: C) 887 - It’s a common misconception that the Easter Island statues are just of heads, but the statues also have torsos, with most ending at the top of the thigh, while some are complete kneeling figures.

Question: In which country would you find the world's longest beach?
A) Brazil
B) United States of America
C) Australia
D) Mexico
Answer: A) Brazil - Praia do Cassino stretches from Rio Grande to the border of Uruguay - that's over 241 kms of coastal beach!

Question: Which country spans across the most time zones?
A) Canada
B) Russia
C) Brazil
D) France
Answer: D) France - mostly due to its various territories around the world!

*Terms and conditions apply. In order to enter, you must be a resident of Ontario and have reached eighteen (18) years of age or older at the time of the draw. Prize must be accepted as awarded. To participate, visit facebook.com/caaneo to enter weekly. Entrants must comment their answer to the weekly trivia question to be considered. The following Thursday, in Ottawa, Ontario, Canada, the name of the potential winner will be chosen at random from all eligible entrants received during the contest period. You will be notified by Facebook Messenger if you are the potential winner. You will have five (5) business days to respond with your CAA Membership number to be awarded the 25 CAA Dollars® into your My Account. If the potential winner is not a current CAA Member, the 25 CAA Dollars will be used towards the purchase of a CAA Rewards Membership.